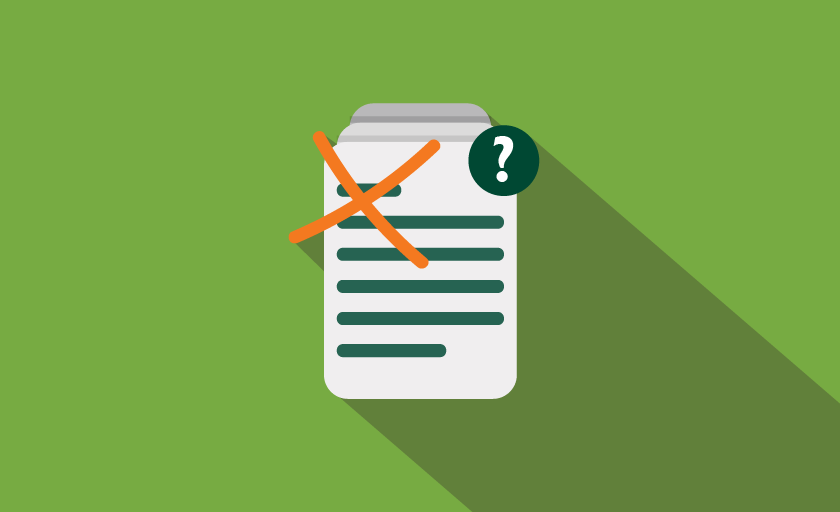 In the last 10 years, a new state-level legislative trend has emerged – banning the use of credit reports in employment screening. While several states have enacted credit report bans, the last few years have seen a decrease in this trend’s momentum. The question now is whether or not this was really a trend or just a fluke.

Since 2007, 11 states and New York City have passed new laws similar to each other that require employers to limit their use of credit information as a screening tool. The 2008 financial crisis was a large driving force behind this wave of legislation. Many people fell on hard times during the recession. The skyrocketing unemployment that hit its peak at 10% in 2009 led to a large portion of the US population losing their favorable credit scores. Lawmakers in several states – wanting to help bring down the unemployment rate and help stimulate the economy – decided to use credit report bans as a way to keep the recession from having a lasting impact on people’s abilities to find work. 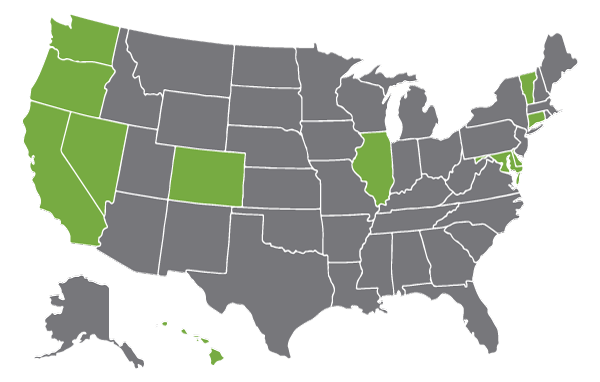 What Employers Need to Know

Each of the new credit report bans aim to keep employers from using credit information to exclude people whose jobs wouldn’t actually be impacted by the information – a concept that isn’t new. The EEOC has long-standing guidance on the use of background information which states that any information used against someone should be job related and consistent with business necessity.

Example: Bob’s 25-year-old shoplifting conviction shouldn’t keep him from working as a sales associate for the local mega mart. The EEOC argues that Bob’s conviction from his teenage years shouldn’t continue to be used against him so many years after the fact.

With credit report bans, legislators are arguing that a bankruptcy in someone’s credit history that was a result of being laid off during the recession shouldn’t be held against them in future job prospects if they are not going to be running the company’s finances.

While there have already been 11 states that have passed legislation to limit the use of credit information in the hiring process, the trend seemed to have peaked in 2011 when California, Connecticut,  Illinois, and Maryland all passed legislation in the same year. Since then, the number of new laws being passed has dropped to the point where there may not be any more. 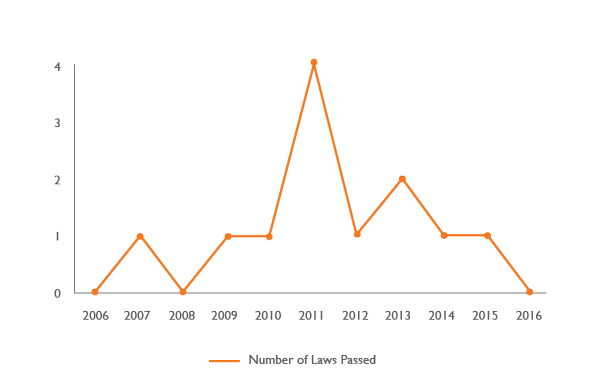 My guess is that one of two things will happen with credit report bans:

1 – Those who had put an effort into passing legislation for credit report bans may have refocused their efforts on “Ban the Box” – the easier win.

As the US economy continues to improve and unemployment rates continue to decline, our priorities have started to change. Enough time has passed since the recession that many people have had a chance to repair their credit. If this is the case, we will most likely not see anymore credit report bans.

2 – Credit reporting legislation may hitch a ride on the “Ban the Box” bandwagon, giving it a second wind.

“Ban the Box” legislation continues to gain momentum, with the potential to be passed at even the Federal level for all employers. If credit reporting bans hitch a ride on the “Ban the Box” movement’s momentum, they would most likely follow the same patterns. In this instance, credit report bans may be enacted in several more states and cities.

Something that has been developing with the “Ban the Box” movement is a new legislative trend we are terming “Ban the Box Plus.” This refers to several recent “Ban the Box” laws that go beyond the standard scope of previous legislation. With these new laws, lawmakers have hitched additional limitations to the screening practices that employers are permitted to use. These credit report bans could potentially tack onto these “Ban the Box Plus” laws as they move forward. Only time will tell.

Regardless of whether or not credit report bans are enacted in your city or state, you should always be cognizant of the job relatedness of the screening tools you use. Always ensure that there is a bona fide business necessity for searching an applicant’s credit history before doing so – keeping a consistent policy for your organization’s hiring practices.