The ROI of Drug Testing 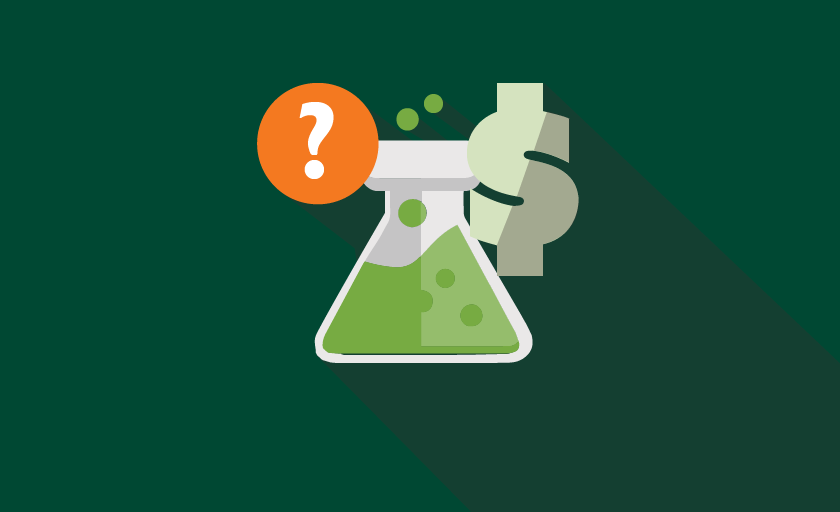 There are plenty of arguments out there for why employers should use drug testing as part of their employment screening practices. Organizations have been using drug testing to maintain a drug free workplace for several decades with objectives like safety and efficiency in mind. Each of these reasons appeals to different organizations in different ways. For employers more focused on the bottom line, the calculated cost of drug use may be the most important factor to consider when deciding whether or not to implement a drug testing program for your employees.

And that cost is huge…

According to a study conducted by the National Council on Alcoholism and Drug Dependence (NCADD), drug abusers cost organizations nearly $81 billion annually. Where does that cost come from, though? The long list of costs that factor in this equation may be too expansive for this medium, but I’ll highlight several of the most common negative impacts of drug abuse on an organization’s bottom line.

The Cost of Drug Abuse

Drug abuse has a unique effect on each organization that it impacts. A manufacturer with heavy machinery operators won’t experience the exact same issues that an insurance underwriter would. Though there are differences in the two environments, each can experience both tangible and intangible monetary losses from drug abusers in their organization.

There are several forms of lost productivity that can be linked to problems with drug abuse. According to drug testing expert, Bill Current, drug abusers tend to have problems with absenteeism, lack of focus, carelessness, and inconsistent work quality. These items added together can lead to lost efficiency and real monetary losses for an organization. Problems with carelessness and lack of focus can have even more dire consequences as well.

Employees with drug abuse issues tend to not only cost an organization money through lost productivity, they also cost more due to avoidable workplace accidents, injuries, and general health care costs. If an employee has an accident at work linked to drug use and their organization isn’t drug testing post-accident, they may have to pay out for worker’s compensation claims and other healthcare costs. If other people were injured or property damaged (commonly an accident while driving on company time), there will most likely be other legal liabilities to contend with.

In many cases, employees with drug abuse issues have related financial issues. These financial issues can lead those employees to seek monetary relief through occupational fraud. Commonly, this can take shape through time theft – unreported absenteeism or claiming additional hours or overtime that wasn’t actually worked. These employees may resort to other forms of theft as well such as embezzlement or theft of sensitive information (ID Theft) or inventory.

One of the heaviest expenses attributed to drug abuse is the ensuing employee turnover that comes from the issues that I’ve listed or an employee testing positive on a drug test. According to the Center for American Progress, a nonprofit advocacy group, employee turnover has an average cost equal to 15-20% of the employee’s salary – the higher paying the position, the higher the cost.2

There are as many reasons why employee turnover costs so much as there are reasons drug users cost organizations money. Between recruiting, screening, hiring, onboarding, and training, placing a new employee can get expensive in work hours and external vendor costs. Additionally, it takes an average of 1-2 years for a new employee to reach the productivity level of the person they are replacing. Of course, if the employee being terminated had productivity issues, that efficiency gap may not apply.

There is also the less tangible impact that employee turnover has on the organization’s culture as a whole. Terminations can lower morale. New hires can change the office dynamic – sometimes in a positive way, other times not. Most often, it just takes people time to adjust.

Lowering the Cost of Drug Abuse Through Deterrence

Because of the costs associated with employee drug abuse, you as an employer may consider implementing a drug testing policy to identify who the drug abusers in your organization are. While this may be a good first step, it doesn’t necessarily fix the issues with drug abuse, such as employee turnover and lost productivity. Instead, deterrence is the most effective means to lower the cost of drug abuse in your organization.

How to Deter Drug Use

One of the most effective ways to deter drug use among employees is through the fear of an impending drug test. When employers have drug testing as part of their pre-employment screening practices, it commonly spurs their applicants to temporarily stop using drugs long enough to pass the test. The people who are usually caught in a pre-employment drug test are those who are either too dependent on the drug to temporarily alter their habit or those who were caught unaware and didn’t give themselves enough time to sober up.

While pre-employment drug testing is a good way to screen habitual users from the applicant pool, it doesn’t work well as a deterrent for those who sober up long enough to make it through the screening process. For this group, the more effective means of deterrence comes from employment drug testing programs like random and “for cause” drug testing. These methods not only help to periodically screen those who are drug abusers, they also (if managed properly) create an environment where employees are less likely to use drugs because of the associated risk.

A drug testing program  isn’t a perfect system for removing drug users from your organization. There are always those who will manage to slip through the cracks. However, if your program is well-managed, it will limit the cost that employee drug abuse can cost your organization while also promoting a healthier and happier organizational culture.